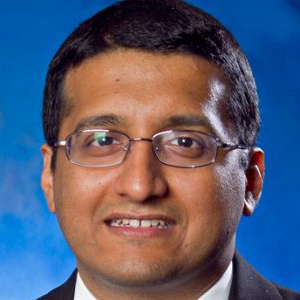 Sachin Shetty is an Associate Professor in the Virginia Modeling, Analysis and Simulation Center at Old Dominion University. He holds a joint appontment with the Department of Modeling, Simulation and Visualization Engineering  and the Center for Cybersecurity Education and Research. Sachin Shetty received his PhD in Modeling and Simulation from the Old Dominion University in 2007 under the supervision of Prof. Min Song.

Prior to joining Old Dominion University, he was an Associate Professor with the Electrical and Computer Engineering Department at Tennessee State University. He was also the associate director of the Tennessee Interdisciplinary Graduate Engineering Research Institute and directed the Cyber Security laboratory at Tennessee State University. He also holds a dual appointment as an Engineer at the Naval Surface Warfare Center, Crane Indiana.

His research interests lie at the intersection of computer networking, network security and machine learning. His laboratory conducts cloud and mobile security research and has received over $10 million in funding from National Science Foundation, Air Office of Scientific Research, Air Force Research Lab, Office of Naval Research, Department of Homeland Security, and Boeing. He is a co-principal investigator on the DoD Cyber Security Center of Excellence, the Department of Homeland Security National Center of Excellence, the Critical Infrastructure Resilience Institute (CIRI), and Department of Energy, Cyber Resilient Energy Delivery Consortium (CREDC).

He has authored and coauthored over 80 research articles in journals and conference proceedings and two books. He is recipient of DHS Scientific Leadership Award and has been inducted in Tennessee State University’s million dollar club. He has served on the technical program committee for ACM CCS, IEEE INFOCOM, IEEE ICDCN, and IEEE ICCCN. He is an Associate Editor for International Journal of Computer Networks.