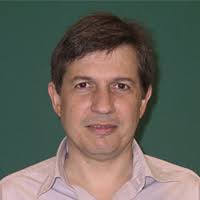 George Siopsis, Professor of Physics, received a B.Sc. degree in Mathematical Physics from the University of Sussex, England, in 1982. He did his graduate work at the California Institute of Technology, where he received an M.S. (1983) and a Ph.D. (1987) in Physics. After spending four years at Texas A&M University as a Research Associate, he joined the Department of Physics and Astronomy at the University of Tennessee in 1991.

Led by Dr. Siopsis, the High Energy Theory group's efforts are directed at contributing to these developments by carving through the complexities of (super)string theory to study the properties of black holes, including thermodynamics, quantization issues and scattering. The group is funded by the Department of Energy under grant No. DE-FG05-91ER40627.